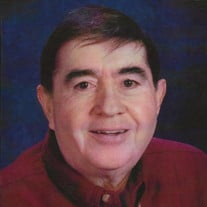 Robert “Bob” Maes, passed away peacefully at home on November 22,2021. He is preceded in death by parents, Joseph (Ben) Maes and Nettie. He was born October 4, in San Diego, California. Soon after the family moved to Walsenburg, CO, then finally to Pueblo where he grew up and went to Sacred Heart Cathedral and St. Francis Primary Schools and graduated from Pueblo Catholic High School. In his 20’s he drove a Coke and 7 up /ice delivery truck. Then he worked at the patent office in Washington, D.C. for three years and moved back to Pueblo where he attended Pueblo Jr. College (Southern Colorado State College) and graduated with a degree in business beginning his career in 1969 for the Department of Labor (Job Service) and retiring in 1999. He is survived by his wife of 24 years, Cathy; daughter, Amy (Roger Owens); granddaughter, Katie (Marcus Hall); great granddaughter, Marlee; great grandsons, Luke and Ethan; sister, Darlene (Robert) Navarro; brother, Albert (Al) (Karen) Maes; and numerous nieces and nephews. Bob was an outgoing man with a great sense of humor and warm, generous personality which endeared him to many organizations such as: Rocky Mt. Ser, IAPES, International Association of Professional Employment, Pueblo Latino Chamber and Private Industry Council. He served on many boards when working as the manager of state offices for 30 years. He was a member of Pueblo Charter Lions Club and a lion for 30 years. When he retired from the state, he drove a school bus for District 60 until he hurt his arm. The kids on the bus called him Bobby, the bus driver. They loved to ride his bus, because if they behaved on the bus, they got pickles on Friday. He loved shopping at stores, collecting coupons and finding bargains. He knew all the cashiers on a first name basis. He and his wife Cathy loved traveling and joined Southern Colorado Social Club. One other of Bob's hobbies besides collecting coupons was entering contests which he did win some grand prizes. Besides making the world's best popcorn, he always gave candy to people who were especially nice and told them thank you for being here. His passion was cars, especially Mopar which he owned and sold many over the years, he absolutely loved Corvettes. Bob was such a fighter against cancer, but his body just gave up. He will be missed by so many, but God needed some of that popcorn in Heaven. Donations can be made to Sangre de Cristo Hospice or Relay for life Pueblo, Team Bobby’s Buddies. Rosary. 10:00 am followed by, Mass of the Resurrection, 10:30 am, Monday, December 13, 2021. Christ the King Church. Service may be viewed through Live stream on Facebook at Romero Family Funeral Home Pueblo and YouTube at Romero Family Funeral Home Pueblo. Condolences may be left at www.romerofamilyfuneralhome.com

Robert &#8220;Bob&#8221; Maes, passed away peacefully at home on November 22,2021. He is preceded in death by parents, Joseph (Ben) Maes and Nettie. He was born October 4, in San Diego, California. Soon after the family moved to Walsenburg,... View Obituary & Service Information

The family of Robert "Bob" Maes created this Life Tributes page to make it easy to share your memories.

Robert “Bob” Maes, passed away peacefully at home on November...

Send flowers to the Maes family.