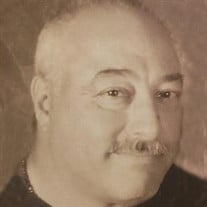 Carl M. Taibi, 70, of Pueblo passed away on August 21, 2021. He was preceded in death by his parents, John and Freda Taibi; in-laws, Dan & Edith Woelfle and Betty Kroger. He is survived by his wife of 38 years, Rovonda Taibi; children, Branden Williams, Sean (Sabrina) Taibi and Nicholas Taibi; grandchildren, Brenden, Tanner, Dani and Logan; siblings, Tony (Shari) Taibi, Chuck (Ann) Taibi, JoAnn (Mike) Badovinae, Joe (Tamara) Taibi and Patty( Larry) Williams; in-laws, Georgia (Jen) Richardson, Eddy (Olana) Richardson and Ronnie Samson; numerous nieces, and nephews; extended family and friends. Carl played collegiately for Colorado University and was drafted in 1972 by the Washington Redskins. No Pueblo family has made more of an impact or enjoyed extended success on the gridiron than the Taibi’s. All four brothers - Carl, Tony, Chuck and Joe - were gifted all-conference and all-state athletes who went on to play college ball. Carl and Joe went on to play college ball. Carl and Joe went a step further playing professionally, Tony and Chuck Taibi were outstanding running backs - the best in Pueblo in each of their senior years. Joe the youngest brother, was a beast as a defensive end. The next generation also made its mark in the sports arena. Carl’s son, Sean, was a four-year starter playing D-I basketball at the University of Northern Colorado. Tony’s son, Sam, played college football at Colorado State University-Pueblo, and Chuck’s son, John at the Air Force Academy. Carl’s son Nick was a multi-sport athlete at East high School. The patriarch of the pack of course was Carl. “You don’t get drafted (into the National Football League) if you don’t have talent. He was quick and he was big.” Tony Taibi said, refuting his brother’s claim. “In high school, he wasn’t the big leader type, I was surprised when he went to CU how well he did. That’s when I was most proud of him. He made all-conference. He was successful. That’s why I went to CU.” Typical of brothers, “what he was doing, you wanted to do too… especially if he was successful,” Tony said. “He was an altar boy in the Catholic church, so I wanted to do that too.” Big brother is the only one of the clan sitting in the Greater Pueblo Sports Association’s Hall of Fame. He was inducted in 1997 alongside his high school line coach, Mike Chorak. Carl was big and tough enough to foot the foundations on which Pueblo’s premier football family built its success. He got it all started as a two-way performer at Roncalli High School, where he began his career as a tight end, but soon found himself playing a multitude of positions (tight end, fullback, offensive tackle, linebacker, and defensive end). Ultimately, he anchored the offensive line and protected the flanks from his defensive end post as a senior in 1968. Taibi was recruited by a number of Division I colleges, He chose Colorado University after “one of the coaches told me I couldn’t play in the Big Eight Conference” The arrival of Jerry Claiborne as the Buffs’ defensive coordinator transformed Taibi into a pro prospect. “He was a tough but fair coach. He got me to where I was as a senior,” he said. Taibi’s senior season was his most memorable. “My God, that was an outstanding team,” he said, reeling off the names of tams, Cliff Branch, Herb Orvis, Cullen Bryant, Charlie Davis, Jon Keyworth, Larry Brunson and Kenny Johnson.” We were third in the nation,” he said of the 1971 Buffalos, which went 10-2 with a Bluebonnet Bowl victory over Houston that capped a season highlighted by their No. 3 Associate Press national ranking behind No.1 Nebraska and No. 2 Oklahoma - the only teams to beat them. He was a 15th round draft choice of the Washington Redskins in 1972 (Southern Colorado State College wide-receiver Frank Grant was the Skins 13th round pick). “When you’re in the NFL, life is surreal,” Taibi said. “It’s not the real life. He also spent some preseason games with the Philadelphia Eagles before winding up in the upstart World Football League, a short-lived league that played games in 1974 and part of 1975. Taibi was a defensive tackle for the Detroit Wheel in 1974 and the Jacksonville Express in 1975 before the league folded. “I was washing up at (age) 25. The last time I played professionally was 1975,” he said. “I didn’t handle it very well. I had no interest in watching games for three years...I felt I should be out there. What got me out of it was when I met my wife Vonnie, Our marriage settled me down. I know everything that has happened to me was God’s plan, Coach Chorak used to tell me, “it would take an act of God to get you going.” It was his volunteer coaching in Pueblo’s youth Bantam League that drew Taibi back into football. He also spent nine years as an assistant coach at East High School. “I try to help out the younger athletes. I like to keep up with what’s going on, watching the lines. I like to see the blocking (schemes) and how defensive players come off blocks.” Carl will be forever loved and deeply missed by all those he leaves behind. Eulogy, 9:45 am, followed by Mass of Resurrection, 10:00 am, Wednesday, St, Joseph Catholic Church Home. Interment to follow, Roselawn Cemetery. Viewing prior to service. Service may be viewed through Live stream on Facebook at Romero Family Funeral Home Pueblo and YouTube at Romero Family Funeral Home Pueblo.

Carl M. Taibi, 70, of Pueblo passed away on August 21, 2021. He was preceded in death by his parents, John and Freda Taibi; in-laws, Dan & Edith Woelfle and Betty Kroger. He is survived by his wife of 38 years, Rovonda Taibi; children, Branden... View Obituary & Service Information

The family of Carl M. Taibi created this Life Tributes page to make it easy to share your memories.

Send flowers to the Taibi family.